Last year, annual drug-related overdose deaths surpassed 100,000 for the first time in America, a report from the National Center for Health Statistics has revealed. This highlights the damaging impact COVID-19 has had on addiction treatment, the rising availability of harmful synthetic drugs like fentanyl, and the decline in mental health across the country.

A report released by the National Center for Health Statistics has revealed that the annual number of drug overdose deaths surpassed 100,000 in America in the last year.[1] This is the highest number of drug overdose deaths in the countries history; an increase of almost 30 percent from the 78,000 in the previous year and almost double the figure since 2015. The figures represent a higher total than deaths related to car accidents and guns combined.

An article published in The New York Times suggests that the findings of the report (conducted between April 2020 and April 2021) highlight a direct correlation between a rise in substance abuse and the COVID-19 pandemic. The reduced access to treatment paired with strains on mental health and the rise of potent synthetic drugs such as fentanyl are all key factors in the current state of drug overdoses.

The director of the National Drug Control Policy has said that access to naloxone, a life-saving drug that can combat the effects of an opioid overdose, needs to be improved across the country. Currently, drug control laws for front-line medications such as naloxone make it difficult for people to get the drug in certain states, meaning quick response is often not possible.

President Biden's American Rescue Plan Act has pledged $1.5 billion to aid the treatment and prevention of substance use disorders and a further $30 million towards addiction prevention programs such as fentanyl test strips (that can detect trace amounts of the drug in other substances) and needle exchanges. Though many medical and treatment professionals believe this is not enough and that laws focused on medications such as buprenorphine which can help in addiction treatment need to be relaxed.[1]

Facts about the opioid crisis

The abuse of and addiction to opioids such as prescription pain relievers, heroin, and synthetic opioids such as fentanyl is now in a state of severe national crisis that affects public health, safety, and the social and economic welfare of the country.

The Centers for Disease Control and Prevention estimates that prescription opioid misuse alone costs the United States $78.5 billion a year, including the costs of healthcare, lost productivity, addiction treatment, and criminal justice involvement.

The below facts were compiled by the National Institute on Drug Abuse (NIDA) [3]:

Synthetic opioids such as fentanyl have been linked to higher rates of drug overdoses. This is due to illicit opioids and stimulants being cut by drug manufacturers and dealers with harmful synthetic opioids that are in some cases up to 100 times more potent than other varieties. Fentanyl is one of the leading synthetic opioids used to cut drugs and is almost undetectable once mixed with other substances.

What to do in the event of an opioid overdose

If you suspect someone you know is having an opioid overdose, the first thing to do is contact the emergency services. There are several more steps to take while you wait for the emergency medical technicians to arrive. Read this guide for dos and don’ts for helping someone overdosing and how Naloxone can save lives. 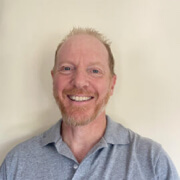 Dr. Lindeman was graduated from Yale College with a BA in molecular...Read more