Benzodiazepines are used to treat a wide range of ailments, including anxiety and sleep disorders. Though available under prescription, benzodiazepine abuse has a high potential to form addiction and should only be used in the recommended dose.

Benzodiazepines, often referred to as benzos, are prescription drugs used to treat a broad spectrum of physical ailments and mental health disorders. They are often used to treat moderate to severe anxiety disorders, epileptic seizures, muscle spasms, panic attacks, and in some cases, to manage withdrawal symptoms from other central nervous system depressants, such as alcohol withdrawal. They are usually prescribed for short-term use, owing to their high potential for addiction.

Most forms of benzodiazepines come in pill form for oral consumption, but some brands, such as Valium, can also be taken intravenously in the form of a clear, odorless liquid. While legal when prescribed, there is a black market for benzodiazepines, often used when people can no longer get them as prescription medication. Some street terms for benzodiazepines include tranks, downers, bars, sticks, French fries, ladders, or simply benzo(s).

Benzodiazepines are labeled Schedule IV drugs under the Controlled Substances Act, meaning they are highly regulated by the U.S. government.

Some common brands of prescription and nonprescription (in the US) benzodiazepines include:

Benzodiazepines interact with the brain by binding with neurons called GABA receptors. This process slows overactive brain functions and relieves severe mental stress. Those who abuse benzodiazepines often experience similar effects of other central nervous system (CNS) depressants, namely a euphoric high or buzz, which can vary depending on the type being abused. Following the initial high, there is a period of prolonged sedation.

Many people who abuse benzodiazepines will crush and snort them to amplify their potency and the speed to take effect. Unfortunately, this also increases the likelihood of overdose, which can mean seizures or coma. Occasionally, a benzodiazepine overdose can cause breathing to slow until it stops completely.

The following symptoms of benzodiazepine abuse are listed from mild to severe. The mild symptoms can act as a warning sign that someone is abusing benzos, the severe will often be seen at the point of overdose or when benzodiazepines are abused with other substances like alcohol or opioids.

If a person chronically abuses benzodiazepines for an extended period of time, the following symptoms may occur:

Like other substances that interact with and alter brain chemistry, benzodiazepine abuse builds a tolerance to the effects of the drug, leading to what is known as physical dependence. This physical dependence means the user will need a higher dose of the medicine or drug to create the same effect, and if they reduce or stop their intake, withdrawal symptoms may start. Withdrawal symptoms are particularly dangerous as they can cause life-threatening seizures.

Benzodiazepines have high potency, meaning prolonged abuse can change the brain’s neurochemistry. Abusing benzodiazepine can lead to a tolerance forming in the user’s body, leading to psychological or physical dependence on the drug to create the same high.

As Benzodiazepines are often obtained on prescription as anti-anxiety medication, the ability to abuse them is heightened for those who fall under specific diagnoses. Some users may not realize they have formed a dependence as it is possible to do so even on a prescribed amount.

An addiction occurs when the negative effects of drug abuse become moderate to severe. The mental health community often uses the term hypnotic, anxiolytic, or sedative use disorder to describe benzodiazepine abuse or addiction. [2]

This term comes from a main mental health book for clinicians, the Diagnostic and Statistical Manual of Mental Disorders, 5th edition (DSM-5), which is used to measure the criteria for addiction. If you or someone you care about is at risk of having a benzodiazepine addiction, then see if they meet the following criteria:

These criteria are measured by the negative impact the substance has on a person’s life, including physical, psychological, and behavioral measures, and are classified as mild, moderate, and severe. The criteria are measured against the previous 12 months of substance use, and a score of 2-3 is considered mild, 3-5 moderate, and six or more severe. [4] Even severe benzodiazepine addictions can be treated and overcome.

Benzodiazepines and other drugs

To boost the effects of benzodiazepines, some users will mix them with other central nervous systems (CNS) depressants, such as alcohol. Alcohol is often the chosen substance abused in conjunction with benzos, though some will use opiates as they believe the combination heightens the high felt by both.

People with alcohol abuse problems often sight benzos as creating a psychoactive effect when combined with alcohol, most likely due to altered neurobiological mechanisms associated with alcohol use disorder. Regardless of the CNS depressant used, poly-drug use while on benzodiazepines dramatically increases the chance of overdose, seizures, coma, or death.

Due to the potentially life-threatening nature of benzodiazepine withdrawal symptoms, a medical detox overseen by a trained professional is advised. There are treatment centers across the country that can help benzodiazepine addicts, providing safe spaces for detoxification and help with long-term recovery.

If you or someone you care about is suffering from addiction, contact a treatment center today.

Visit here for more information and guides about benzodiazepine addiction and abuse. 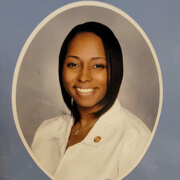